It happened in a coal plant in Tennessee, of all places, a place I’d never imagined being, back when I was a budding environmentalist. But that one summer job broadened the perspective of the sheltered suburbanite I was then, in ways that I am just now beginning to appreciate. After my sophomore year in college, I hopped on a plane, by myself for the first time, bound for a city I’d never seen, in a part of the country I knew nothing about, to live with people I’d never before met, in a high-rise building infested with cockroaches—just steps from the World’s Fair site which welcomed folks from around the globe. Knoxville, Tennessee in 1982.

Nearly forty years later, I still feel the fear as I dropped my bag full of nerves into my airplane seat. First, bravely selecting the window seat. Then jumping to the aisle when the engines revved. Then back to the window when the world I knew began to sink beneath me.

I’d been selected for an internship at the Department of Energy’s Oak Ridge National Labs in Oakridge, Tennessee. Yes, “Site X” of the Manhattan Project. Where plutonium-239 was first produced in the world’s first continuously operating nuclear reactor. I wasn’t going to work in nuclear physics, but the momentous history still impressed—and also unnerved—me. A devout pacifist, would my participation in this internship count as condoning the industrial-military complex? I recoiled in pacifist horror at the thought. But my lust for resume fodder outweighed my ethical dilemma.

The internship offer arrived as a shock, an honor that I didn’t dream I’d receive. I was a budding geology student at a small liberal arts college not known for its science program. Surely the likes of ORNL, as Oak Ridge became known to me later, would only accept students from the most esteemed universities. Most likely covered in ivy. And those students surely had completed more than my few, measly hours of science classes. When the offer letter arrived, I had to read it twice, to be sure I understood its intent. Then I cried. They wanted ME.

My parents were both proud and appalled when I announced I’d won this internship. I hadn’t prepped them, given the low odds of acceptance. It seemed like saying, hey mom and dad, I applied for sainthood or something. Why trigger that parental alarm? No self-respecting 19-year old would.

The appalling part, for my parents, aside from my absence all summer, was my request for financial help. The internship included free housing and a modest stipend, which was nice, but I wasn’t sure it would feed me. My folks were already strapped and felt they’d done all they could to support my college education. But how often does a girl from Gladstone, Missouri earn an internship at such a prestigious institution as ORNL? They conceded. And then drove me to the airport. White knuckled, mom was, because of her violent fear of flying.

I got along well with my two female roommates, I was relieved to find. Our apartment was a welcome port in a sea of testosterone; the vast majority of interns in that cockroach-infested dorm were male. Many of them were so steeped in physics and chemistry that ordinary conversation failed them. I felt like an imposter, like I’d snuck in the backstage door, waving a phony pass. Any minute, I could be ushered to the door.

But I took considerable pride in earning the lowest-level security clearance and badge to enter that venerable research facility. I wasn’t even old enough to buy a cocktail yet, but I was soon breezing into ORNL like a veteran. So very far away from my hot pink-and-lime-green bedroom, snuggling my giant fuzzy foot rug.

Not that I revealed an ounce of the excitement, fear and anxiety I felt to be catapulted from suburbia to intelligentsia. I was a “can’t-faze-me” teenager, after all. I never displayed the awe I felt to be accepted by every scientist there as if I were the next Madame Curie. Or the insecurity I felt to be working with so many interns from hallowed universities. But work alongside them I did, and my self-esteem plumped up like a bun in the oven. The yeasty kind.

One day, several of us interns and our supervisors were invited to tour a coal processing plant. Despite my abhorrence of coal, I was thrilled to be sprung for the day, like a kindergartner going to the zoo. The daily work of the internship involved a lot of dull, tedious review of data. Which did dampen my enthusiasm for a career in science, I have to say.

Our group gathered just inside the entrance of the plant where our tour guide, a grandfatherly, Southern gentleman with an unruly crop of curly white hair, introduced himself. He then invited the rest of us to chime in. When my turn came, our guide inquired, with a warm smile, “and whose daughter are you?”

I stared, slack jawed. I couldn’t process his question. My dad was an electrician, not a research scientist, back in Gladstone, Missouri. Why would this guy think my dad was here??

Then I took a mental swivel around this particular group of interns and realized . . . I was the only girl. Being the only female in the room was such a common occurrence that summer, that I hadn’t even noticed.

Until I did. I confess this women’s college student took satisfaction in the creeping blush of beet on his face when I replied, “I’m an intern, too.”

In that moment, my perspective of the intern group shifted. Like refocusing your eyes from the horizon to the mirror and back, I alternated between seeing how we looked to each other—and also how we appeared to someone outside our group. . . . someone way outside our group.

I could’ve berated that man for his ignorance to my end of days, with justifiable outrage. But that would be a weight that only I would bear. The man meant no insult. His age, way back in 1982, placed him squarely in a generation when women just didn’t do science. Not in any great numbers, anyway. And he accepted my place in the intern group, once he understood it.

I’ve been thinking about that experience a lot right now as we struggle to navigate the issues which seem to cleave our country. Yes, I’m entitled to my opinions, whether they conflict with yours or not. And I am entitled to my outrage at the dismissals—even ridicule—of the well-founded science evidencing climate change. Steam shoots out of my ears, cartoon-style, to witness the natural environment which supports our species eroding away. . . as we futilely endeavor to convince people that facts matter.

In rare moments of clarity, though, I pick up that telescope, that one which allowed me to refocus my eyes from how I see myself to seeing how others might view me. Smug me, with my multiple college degrees. My nice home and family. Never going hungry. Snug suburban upbringing. Always loved by my family. My ability to manipulate words. Me peering out from my rosy little bubble, making judgments on people whose life story I do not know. Whose life experiences, culture, ignorance, or conditioning taught them different lessons than I learned.

Then, in that moment, I lay down my weapons. Experiment with refocusing my vision, from within and from without. I send love to the friends and family members who think differently than I do. I speak a prayer of Oneness, blessing all of us who are showing up, playing these ridiculous parts in this ridiculous time with ridiculous precision.

I remind myself of this personal mantra:

We came here to play. Full out. With everything on the line.

In those moments, I surrender my judgment of who’s doing what wrong and to whom. Freed of the weight of these self-appointed burdens, I am at peace.

Until the next infuriating Tweet lands, and I knee-jerk back to old habits. The cycle begins again.

The game is afoot.

👉Did you know? The Love Earth Now blog was named one of the Top 100 Eco-Friendly Blogs
by Feedspot.com 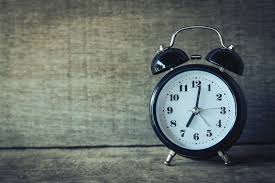 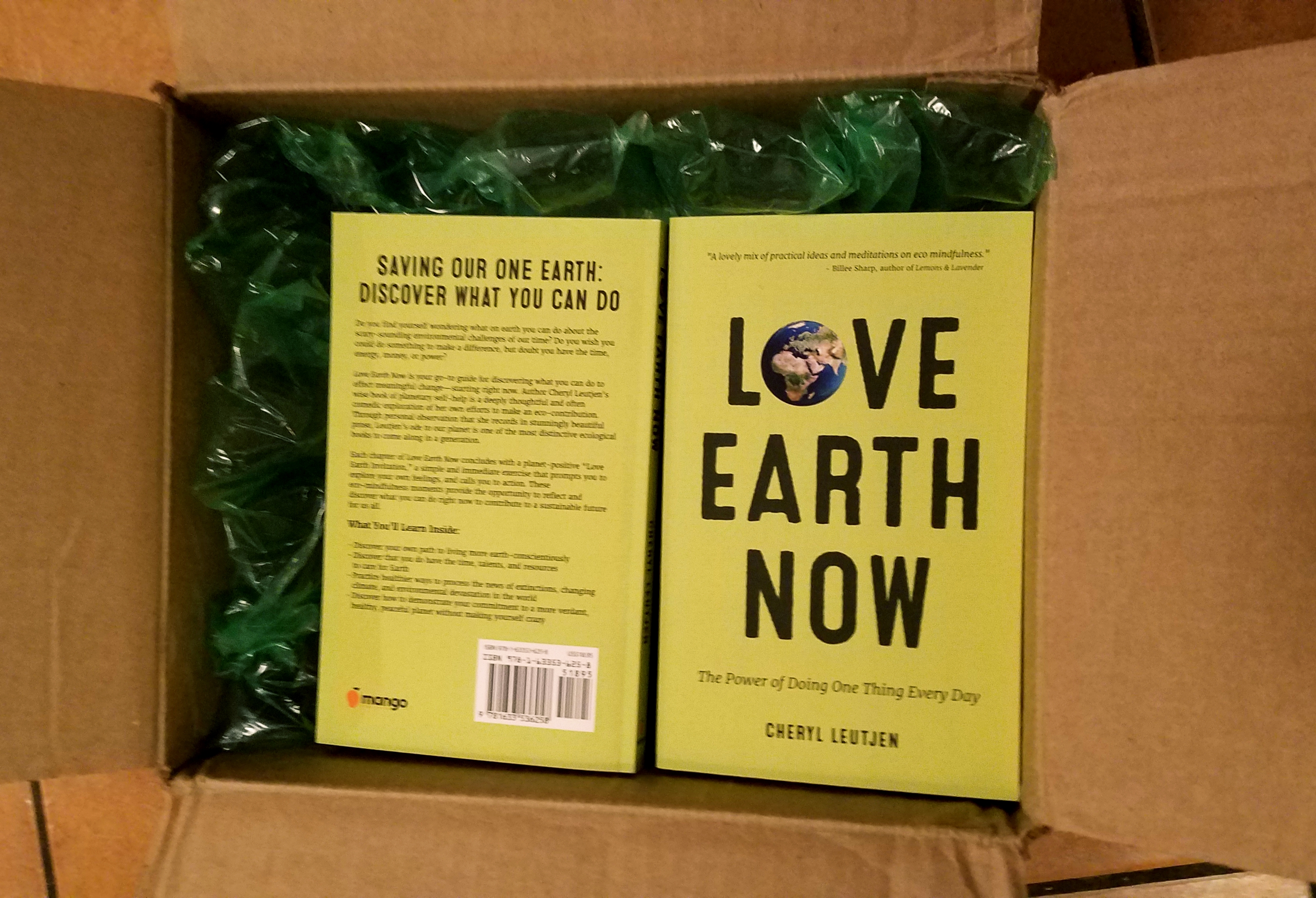